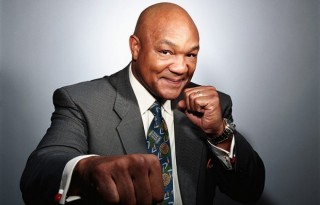 George Foreman is best known for his amazing boxing career and his invention of the George Foreman grill. Foreman has been inducted into the World Boxing Hall of Fame and the International Boxing Hall of Fame. The International Boxing Research Organization (IBRO) rates Foreman as the eighth greatest heavyweight of all-time. After his retirement he stated that much of his boxing success was due to his healthy eating habits. The worldwide popularity of the George Foreman grill resulted in sales of over 100 million units since it was first launched, a feat that was achieved in a little over 15 years. Though George Foreman never reported the actual earning from his venture.  His experiences taught him a lot about success.