HandyMan Fixes A Furnace For Free 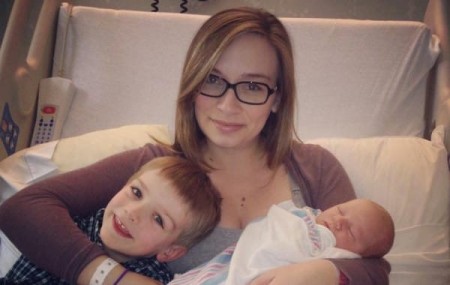 Bridget, a busy mother of two, came home to a freezing house late one night and quickly realized her furnace was broken. Like many married people Bridget usually turns to her partner for help in home improvement matters (fixing things yourself is a great money saver for simple problems). Unfortunately, Bridget since her husband was away on deployment. So she called Betlyn Heating and Cooling in Coraopolis. The owner of Betlyn Heating and Cooling, Paul, agreed to drive to her home to fix her furnace.

As he worked on the furnace he and Bridget casually chatted about life. During their conversation Bridget expressed that she  mentioned that her husband who would normally help her with this was away on deployment. When Paul finished fixing their furnace he gave Bridget, who was pensive about what it was going to cost, the bill. What Bridget saw on the bill was a most pleasant shock.

Paul Betlyn had written on the bill “Deployment Discount” and only put $1 as the bill total, which he later said was merely a joke. He simply told her to tell her husband thank you for his service.
Paul Betlyn could have charged her full price, which would have cost Bridget anything from a few hundred dollars and up, but instead he saw her situation and chose to do this incredibly kind deed.

This is an important lesson about money. Paul passed on a little joy, and relief, that day by not charging Bridget. He spent his time, which could have been used at another call or at the office doing other things to help him earn money for his business, or even with his family. His time, like everyone’s, is worth money. Many of the articles we post are about someone spending money to help someone else but sometimes it’s when we spend money indirectly, or choose not to take it, that makes a difference.