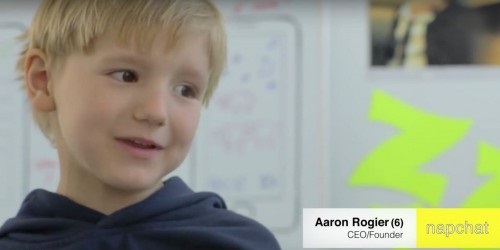 Earlier this week, Forbes released its annual “30 Under 30” list — a roundup of “the brightest young entrepreneurs, breakout talents and change agents” under the age of 30 in 20 different fields, ranging from technology to media to food and drink.

Following up on the list’s release, we now have the Forbes “10 Under 10 Influencers In Tech.” This parody video shows a fake Forbes reporter interviewing some of best and brightest kid entrepreneurs, like the duo behind the popular playdating app “Binky Meets Cradle” or the creator of “Napchat,” a messaging app “for kids to nap socially, mobile-y.”

When asked what advice they’d give their younger selves, the under-10-year-olds said they wished they’d dropped out of school sooner and bought more bitcoins.

“It’s tough to stay relevant in the Valley past a certain age,” one kid remarks.