The History of Coins as Money 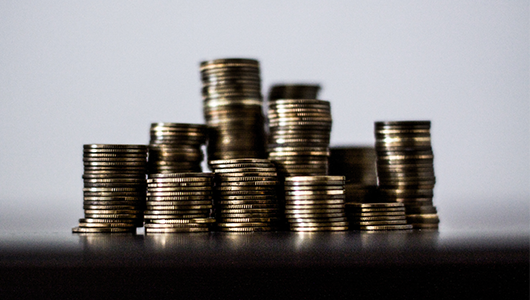 Coins are used every day to pay for things, even with credit and debit cards becoming popular. But where did they come from? What is the history behind them? Let’s take a look into the history of coins.

Coins are thought to have been introduced in Western civilization as a way of paying for things in around the seventh century BCE (Before Common Era). They are believed to have been invented by the people of a country called Lydia, which is now part of Turkey. Lydian coins were not equal in shape, and instead their value was based on weight. These coins soon spread to Greece, and then eventually to other Western countries. But what about the rest of the world?

China was actually using a form of money, during the Shang Dynasty (16th-11th century BCE), before coins were invented. These were sea shells, or cowrie shells.

Eventually, various types of metallic coins started being crafted during each dynasty, until the kai yuan tong bao was crafted during the Tang Dynasty (618-907) in 621 CE (Common Era). This marked a shift from a weight-based money system to a system based on the value given to the type of coin. This system lasted until China stopped having dynasties. Even after this, there were still coins based on value rather than weight.

The wampum was not originally a form of currency. It was a shell bead necklace worn by certain members of north-eastern Native American tribes to show who was in charge. European colonists eventually started using wampum as a form of money for trading with the natives.  Eventually the use of wampum as a currency declined for many reasons. Soon it was no longer thought of as money. These days, wampum is back to being used for ceremonies within Native American communities. The colonists would make their own currency upon establishing the United States.

After many failed substitutes for the wampum the colonists eventually decided on just using coins. The earliest ones, made of silver, were simple designs with “NE” (for “New England”) on heads and their values on tails. These simple designs resulted in some people cutting off pieces of the coins to take the silver, so they were replaced with designs that were more complex.

There were also other kinds of coins made at the time. Even after the United States was established, the country was divided in how coins were designed. It wasn’t until the US Mint was authorized by Congress in 1792 that this problem was solved. These first coins had a picture of the goddess Liberty on them, but over time the images on the coins would change. Eventually, our coins would get to what we know today.

It is very possible different parts of the world started using coins on their own and without knowing anyone else was creating coins. Whether or not that was the case, using coins spread around the world as a form of paying for things. Coins were so well received because they were so easy to carry and use. Coins emphasized a standard system of money that was easy to carry and convenient to use.  Cowrie shells, Wampums and early coins paved the way for the more modern forms of money that we use today.